Business leaders looking to address their company’s carbon emissions while committing to net zero by 2030 have a fairly steep learning curve that includes new terminology and, yes, some science. Leaders in the Certified B Corporation community can turn to resources from the B Corp Climate Collective for guidance and reach out to peers already on this journey for advice and information.

As shared on the B Corp Climate Collective website, B Corps that commit to achieving net zero emissions by 2030 are expected to make a public pledge that includes a climate emergency declaration, then create a plan with short- and longer-term steps, proceed with the work to pursue these targets, and publish progress at least annually.

For companies that need additional expertise to shape and guide their net zero plan, climate consultants can offer more specific assistance. With broad knowledge of carbon emissions and their wide-ranging sources and effects, consultants also are aware of the importance of incorporating climate justice into net zero 2030 commitments. As the largest source of greenhouse gas (GHG) emissions, businesses are realizing the need to do their part in reducing their practices that harm the planet and its people and work instead to be climate neutral or even climate positive.

To help business leaders and other climate action advocates better understand this process, B The Change reached out on the B Hive to a B Corp climate consultant company as well as a B Corp that has worked with a climate consultant. They share lessons, tips, and other thoughts — and emphasize that the most important step is to start, even with small changes. 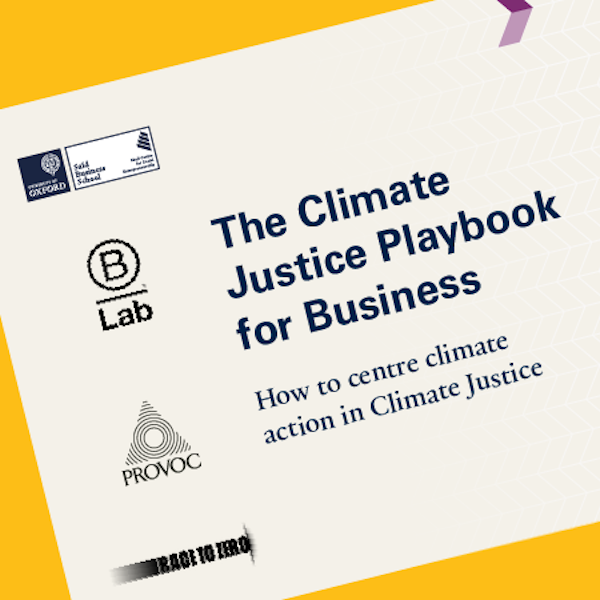 The Consultant: Create a ‘Living Plan’ for Climate Action

Companies looking to start a net zero plan first should complete a GHG inventory, he says, so they have numbers to work from.

“Until recently, companies considering net zero or the equivalent have been relatively sophisticated, with years of inventory work under their belt,” he says. “As a sign of the times, however, we’re now seeing companies that are considering climate neutral and net zero goals, though they have not yet completed an inventory.”

The amount of time it takes to develop a plan depends on the availability of and access to data used to inform it, he says. In addition, the company’s size and industry can affect timing, as well as the level of stakeholder involvement — both internal and external. It’s crucial to engage workers and other internal stakeholders when launching a net zero plan, Jaber says, as many of them will play key roles in making the changes reality over time.

“Within four to six months, most organizations can come up with a first cut at a climate plan, outlining actions and the areas where more information is needed,” he says. “The best approach is to have a living plan, which evolves as you implement and get better information, particularly for these long-term climate plans where not all solutions have yet been identified.”

By realizing that some climate problems don’t yet have answers — or that the answers may vary — B Corp leaders can tap into their exploratory nature to try new methods and help develop best practices. This includes serving as advocates and leaders for climate justice, by incorporating social benefit into their net zero 2030 practices.

“When you’re just looking at business emission numbers and GHG sources, it isn’t always easy to see how climate justice applies,” Jaber says. “One general way to advance justice is to make significant emission reductions, rather than rely on offsets.”

Reducing Scope 1 and Scope 2 carbon emissions requires reductions in fossil fuel combustion and the pollutants that disproportionately burden people with lower incomes and communities of color, he says. “If you forgo reduction and rely on offsets, you’ll miss creating those social benefits.”

Properly designed offset projects can benefit affected communities, Jaber says, and should be used as a complementary tactic. He also points to advice from a GreenBiz 2019 event speaker, Dream Corps President Vien Truong, who encouraged companies to work with residents of communities where they have facilities and ask them for their needs and suggestions and incorporate those in their net zero plan.

While the challenges of the climate crisis can be daunting and overwhelming, especially for people at small businesses, Jaber says the B Corp community can collectively make a big difference in blazing the path toward net zero. “Particularly in areas like policy, success requires actions that go beyond our individual companies and value chains, so you shouldn’t expect to be going it completely alone,” he says.

After taking the initial (and big!) step to launch a GHG inventory, Jaber suggests reaching out to peers in the B Corp Climate Collective for their advice and guidance. “And learn from your missteps as well as your successes, as a level of boldness that embraces some level of misstep is the only way to make real progress over the next 10 years,” he says.

The B Corp: Collaborating to Cut Carbon Emissions

The founders of B Corp Mindful Chef, a UK-based recipe box company, prioritized sustainability from the start and have continued to pursue climate action as a business. Since becoming climate neutral in 2019, Mindful Chef has put its sights on a net zero 2030 goal highlighted in its 2020 carbon report.

While the basis of its business is providing healthy meals made from fresh local produce, Mindful Chef also makes it a priority to minimize its footprint and broaden its positive environmental and social impact by working with a consultant, ClimatePartner, that helped the B Corp expand the scope and depth of its climate action.

Emma Detain, Sustainability Manager at Mindful Chef, says the B Corp is now undergoing its second carbon assessment and will use the results to build on its earlier learnings and better track progress and encourage transparency, visibility, and accountability in its supply chain, as food represents 70% of its carbon footprint.

“We know that working collaboratively with our suppliers is how we’ll have the most impact, so we’re working on a supplier engagement piece to kick that off,” she says. “A lot of our suppliers already have brilliant initiatives in place around biodiversity, soil health, water, waste and air quality, and we want to capture these.”

As part of measuring its carbon footprint, Mindful Chef did a life cycle assessment of six of its most popular recipes — from vegan to beef — that measured the impact of the ingredients, transportation (from the supplier to the warehouse to the customer), processing, packaging, end use (refrigeration and cooking), and waste.

“The biggest surprises were around the different carbon footprints of ingredients,” Detain says. “We knew things like beef would be high, but foods like rice, peppers, and even cauliflowers came out higher than expected. We are now using these results to shape our reduction strategy, so starting with the most material ingredients such as our proteins but also the ingredients we buy in the highest volumes.”

Mindful Chef also is casting a wider, global-minded net in its climate work with ClimatePartner, which identified two projects — the Clean Cookstoves project in Ghana and the Forest Protection project in Brazil — for the B Corp to support that align with the UN Sustainable Development Goals (SDGs), advance climate justice, and provide carbon offsets.

“Offsetting often gets a lot of criticism,” Detain says. “While we agree the focus should be on reduction, it’s important to recognize that it not only provides a way to take responsibility while you work on a reduction strategy, but it also brings societal benefits that in turn help address the disproportionate spread of the consequences of climate change. This was part of our thought process when we chose the projects we did.”

While Mindful Chef pursues new ways to protect the environment, it also looks to meet the needs of humanity by aligning its work with the SDGs — a blueprint to build a better world for people and the planet. Detain says the B Corp has used the SDG Action Manager, an online tool developed by B Lab and the UN Global Compact, to identify where it has the most opportunity to advance the SDGs as part of its climate work.

“Climate action needs to go hand in hand with the SDGs,” she says. “Aligning to these provides a way to guide decisions and strategy, but it also ensures we address the needs of relevant stakeholders while taking meaningful business action through self-assessment, benchmarking, and improvement.” 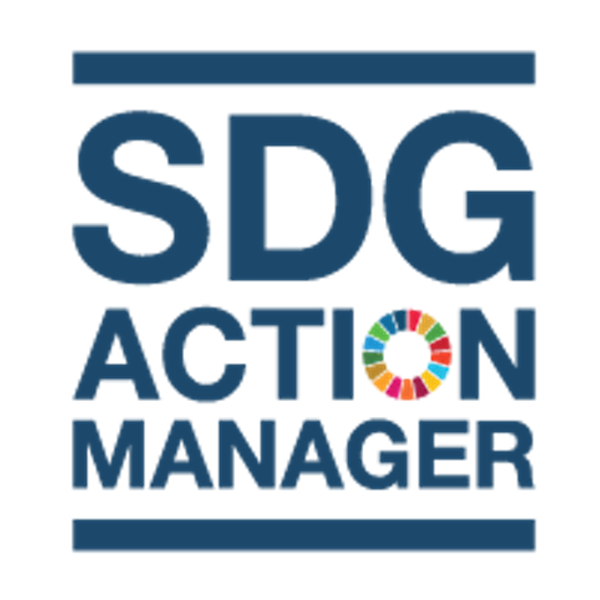 To support businesses pursuing the Sustainable Development Goals (SDGs), B Lab and the United Nations Global Compact along with content advisors developed the SDG Action Manager. This impact management solution enables businesses worldwide to set goals, track progress, and stay motivated on their actions toward the SDGs.